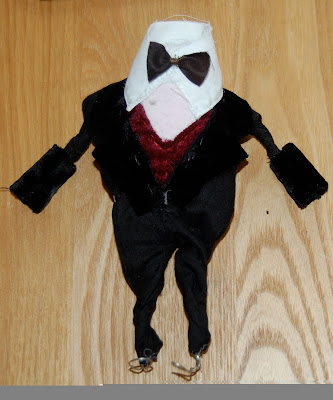 A new puppet! Headless, handless and footless at the moment...

Inside the body is a simple wire armature to allow the limbs to bend, in case I decide to try and animate the puppet.

I hope to add a lot more detail to the body, like a pocket watch to make it more interesting!

The body turned out to be a bit of an odd shape; from the side view it's a bit like Lurch from the Addams family! But I think it adds more character! :D

Also the shirt collar is really high so it's head is going to be really weird looking!! 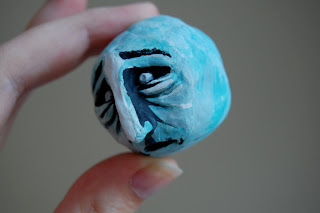 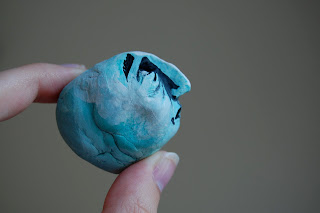 I was originally going to make a new head for this puppet but I've decided to re-use one I already have...who was never given a body!

I think the expression works really well with the sort of personality I want the puppet to have.

Next steps: Attach the head and give him some hands an feet the poor sod..

I'm going to come up with some concept sketches for an illustration; I really want to create a small set to photograph him in made from old, found objects so will look into that.

After that I might try a bit of animation :)


Here is a quick animation experiment I did this afternoon using one of my own puppets! It's not the best, I'm not really an animator, just wanted to make my work come to life :)
It was interesting to learn how different materials would need to be used in order to make a puppet for animation. This puppet was made of quite sturdy wire so was fairly difficult to move the way I wanted it to. Also I had to tie a piece of string to his head to help him walk as he is too top heavy and wouldn't stand alone!
I used iStopmotion to produce this, which I'm loving at the moment..it's so easy to use and great to make smoother animation as you can select the frame rate.
Posted by Chloe at 07:16 0 comments

Chloe
Hi my name is Chloe, 21, currently based in Birmingham and studying Illustration at Birmingham Institute of Art and Design.